A friend and I attended the first of 4 classes on Creative Writing/Poetry. What an inspiring evening! Have been feeling non-creative lately and miss writing. I've been trying to get the words flowing again. I believe this will help judging by the excitement my friend and I are experiencing today.

The class is being sponsored by a local arts organization and taught by a college professor. Her viewpoints and alternative ways of looking at words are inspiring. Wait, I've used "inspiring" already. I need a better word..."thought provoking?" That works. See? It's helping me already.

I've written some poetry in the past but it always turns out rhyming and 4 line stanzas. Elementary stuff. I'll share some on here when I'm feeling more comfortable with it. I love reading poetry and gravitate towards the non-conformist and free-range stylings. To me, poetry is art with words; sometimes abstract, sometimes cubist and sometimes realism. I also have discovered poetry readings on Spotify. I tend to close my eyes when listening to poetry so need to be careful not to listen while driving. Pretty sure this would qualify as "distracted driving" don't you agree?

One of the conversations last night centered around "seeing the extraordinary in the ordinary". I'm looking forward to my eyes and mind being more open to everyday routines and finding the unexpected. My notebook and pen will not be far away.

I turned 51 in April. When the hubby asked what I wanted for my birthday, I gave him my stock answer, "I don't need anything but you." He proceeded to tell me about a conversation he had with a woman who had just turned 63. She gave herself the gift of 63 firsts. During her 63rd year, she will try 63 new things. I loved the idea and decided to give it a shot. Hopefully this will go better than my 365 Thankfuls. Although I didn't get very far with the 365 project, it did get me into the habit of looking for the blessings each day. I still do it to this day even though I don't write them down.

So far it's been fun, and challenging, thinking of new things to try. We both work full-time and don't have a ton of money or time to play with so my wishful trips visiting new countries and places is not feasible right now. So my 51 firsts need to be local, low cost, and out of my ordinary routine.

I did take care of #1 on April 22nd. I attended a free class put on by the National Weather Service and became a Weather Spotter. It was very interesting. We learned about the different types of storm clouds and what systems can form a tornado and how to tell what direction they are moving. I think I'll feel a bit more comfortable when the stormy season begins.

#2 was something I've wanted to do but just never took the time in the five years we've lived here. There are some nice parks in our county and we've driven through a few times with the convertible but never took the time to get out and walk around. My friend and I have gone for a few walks now in Skalbekken Park along the Minnesota River. I intend to do this often this summer. It also sparked a new first to do; I want to spend some time fishing and looking for rocks for an art project on the sand bar this summer.

#3 happened a couple of weeks ago on my way to work. It wasn't something I wanted to happen but it was a first none-the-less.

On my commute to work I drive through the Minnesota River bottoms. It's beautiful scenery and I often see more wildlife than cars. I was cruising along and saw 3 deer off the road a bit in a field. I slowed down and watched them. They looked like they were staying put so I looked ahead. Suddenly in the corner of my eye I saw one of the deer running on the road. I tried to stop but she ran right into the drivers side of my car. She was a small doe and landed in front of the car on the road. Her two companions fled into the woods. She was dazed but then tried to get up and walk. I knew then she was not going to make it. She basically crawled into the ditch. I was fine but I felt horrible for her.

I called 911 and they said they'd send a deputy out to take care of the doe. I waited. I couldn't get out of my drivers door and I didn't want to scare her so I sat in my car. The windshield was cracked, side view mirror hanging by a wire and scratches on the hood. I knew there was more going on the side of my car but couldn't see. A woman stopped to see if I was OK. Then some friends stopped. They got out and said the car looked drivable and there were no liquids leaking under the car which was good news. They left and I waited and watched the doe. A man that lives down the road stopped. I explained I was OK but waiting for the deputy to come take care of the doe. She was still in the ditch, panting and suffering. Such a beautiful animal. He decided to go home and get his gun. A short time later he pulled up behind me and got out with his rifle. I shimmied over to the passenger seat and got out of the car. He said he was a hunter but as he gets older, it gets harder to kill an animal but that she needed to be put out of her misery. I went to the side of my car and inspected the damage while covering my ears. I couldn't watch and when I heard the second shot, knew it was done. I'm thankful he came along.

After he left, and an hour after I made my initial 911 call, I called the Redwood County Sheriff again and told them to cancel. I drove the car to the body shop and left it in good hands. That night when I was telling the hubby about my morning, I looked on my phone to see what time it had happened by looking at my phone call history. I got goosebumps when I saw the 911 call was made at 9:11 a.m. Freaky.

Off to find more firsts - hopefully no more like #3.
3 comments:

again, grateful I could turn around and work from home today. 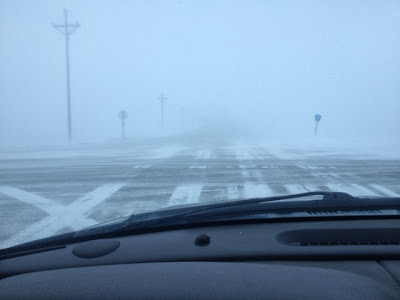 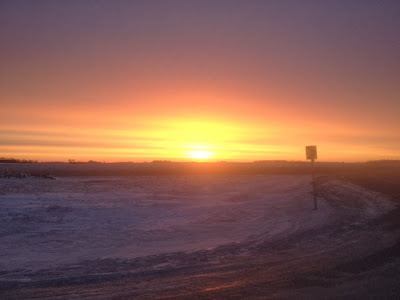 Grateful for...
my fun, challenging, creative job.
No comments:

Grateful for...
a break from the deep freeze. Saw 41 degrees today.
No comments:

Grateful for...
nice quiet Saturdays to clear the head.
No comments: 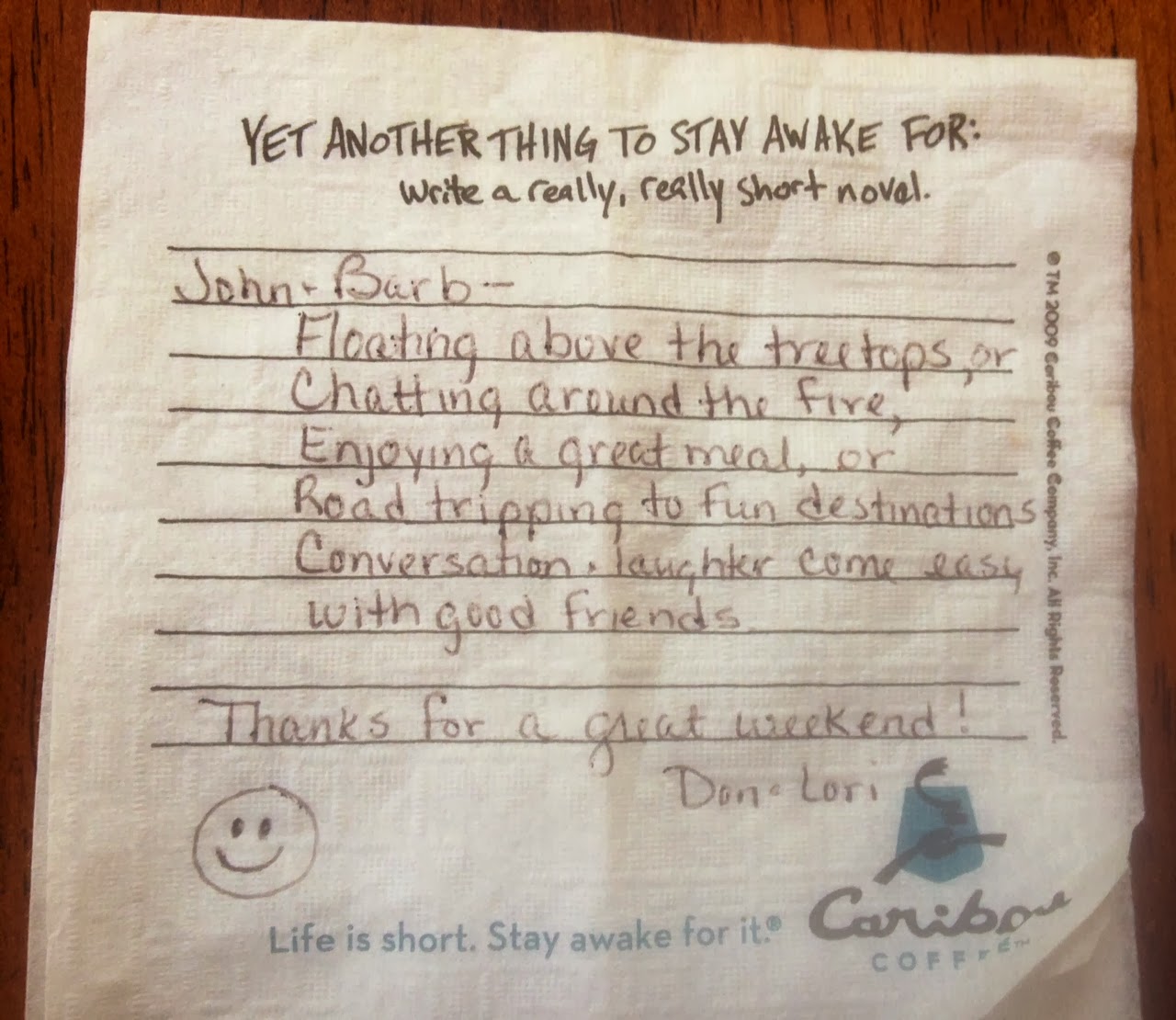 being able to work from home on a blustery, blizzardy day. 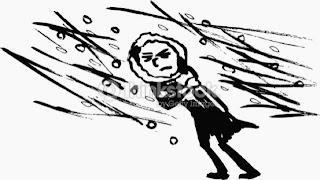 Grateful for...
the hubbies sweet words. After 25 years he's got this sweet talkin' thing down pat. 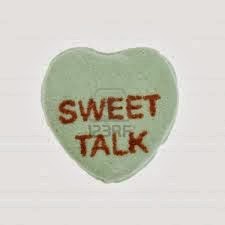 Balou
Southwestern, Minnesota, United States
A 50 something "girl", graphic designer, happily married to a very sweet hot air balloon pilot, no kids (except the fur child), a newborn writer, wants to camp all the time, not a very good housekeeper, loves music and art, a farm girl at heart and only buys lottery tickets when they are over 100 million dollars.

Pilots really know how to fly 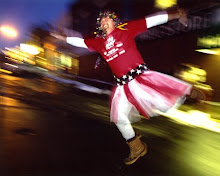 Go placidly amid the noise and the haste, and remember what peace there may be in silence. As far as possible, without surrender, be on good terms with all persons. Speak your truth quietly and clearly; and listen to others, even to the dull and the ignorant; they too have their story. Avoid loud and aggressive persons; they are vexatious to the spirit.If you compare yourself with others, you may become vain or bitter, for always there will be greater and lesser persons than yourself. Enjoy your achievements as well as your plans. Keep interested in your own career, however humble; it is a real possession in the changing fortunes of time. Exercise caution in your business affairs, for the world is full of trickery. But let this not blind you to what virtue there is; many persons strive for high ideals, and everywhere life is full of heroism. Be yourself. Especially do not feign affection. Neither be cynical about love, for in the face of all aridity and disenchantment, it is as perennial as the grass. Take kindly the counsel of the years, gracefully surrendering the things of youth. Nurture strength of spirit to shield you in sudden misfortune. But do not distress yourself with dark imaginings. Many fears are born of fatigue and loneliness. Beyond a wholesome discipline, be gentle with yourself. You are a child of the universe no less than the trees and the stars; you have a right to be here. And whether or not it is clear to you, no doubt the universe is unfolding as it should. Therefore be at peace with God, whatever you conceive Him to be. And whatever your labors and aspirations, in the noisy confusion of life, keep peace in your soul. With all its sham, drudgery, and broken dreams, it is still a beautiful world. Be cheerful. Strive to be happy.